Nerd Immersion has a new video out, called New Subclasses in Explorer's Guide to Wildemount!: 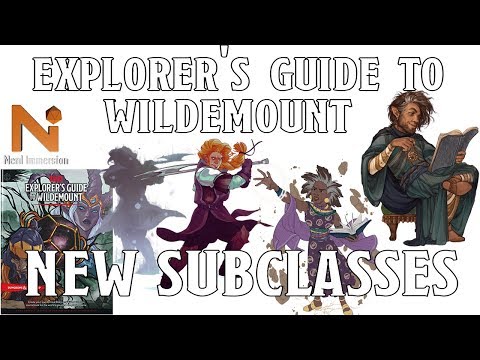 Nerd Immersion wrote:More Wildemount! This time I'm covering the 3 new subclasses released in it, the Echo Knight Fighter, Chronurgy Wizard and Graviturgy Wizard. They're all unique and powerful, but I think Echo Knight is by far my favorite. It's also the first time in a long time I'm interested in playing a Fighter. What are your thoughts?

What do you think of the new subclasses?

Re: [video] New Subclasses in Explorer's Guide to Wildemount!

The Echo Knight sounds like a lot of fun. I don't often want to play martial classes, but the concept seems like it would provide a ton of flavor and possibly even influence the direction of the campaign (due to the presence of timey-wimey strangeness).

All three of them seem like they'd make good super-heroes – even the low-level abilities would feel right at home among the X-Men, for example. That's not a bad thing in my mind, but I recognize that I like my D&D to fall on the more superheroic side of the spectrum.