Played around a bit with map-making in 3d. Here is my first attemp:

In the front you can see the County of Hattias, further back central Thyatis and the Altan Tepes Mountains in the background.

If anybody wants the 3d-file (obj-format), just drop me a note.

The map and the 3d-object are generated automaticly from a map of thorf.
Place hundreds of orcs against a company of elves: Aklandas Large Battle Simulator
Top

Very cool! What tools did you use for this map?

Very nice! Did you write a computer program to generate this map?

agathokles wrote:Very cool! What tools did you use for this map?

I wrote my own software for it. I needed some easy-to-read strategic maps for my simulator and wanted to digitalize some of the pixel-maps for this reason.


Big Mac wrote:How did you infer height data from Thorf's original 2D map? Did you invent some sort of rules for terrain having slopes?

First thing was to digitalize the map itself. For that I had to analyse the terrain-tiles of Thorf for the amount of black, red, green, blue, cyan, magenta, yellow and black pixels, which are typically for a given tile. The result of the analysis looked like the following excerpt (the last seven numbers do represent the amounts of dots of the named colors, as already stated, the third column holds the info about the average color, which is later used in the 3d map for coloring the hexes):

I can provide the full file, but if anybody is really interested, I can update the upload-link of the simulator, so that you can generate your own file(s).

Then the computer had to read-in any single hex of the map (that is all the pixels in the map, that correspond with a hex). This takes some minutes, but can take up to a full hour with bigger maps (see my later postings).
The pc then compares the read-in amounts of read, green, blue ... with the stored amount for the tiles and thus assigns a tile to read-in hex.

The the pc stores the tile-number for the hex together with the position of the hex. This looks like that:

The hole map of central thyatis by thus can be store in a file not larger than 30kB.

As you may have noticed the file format let you extend you map to any given direction without any problems, as you only specify the koordinates in regard to Thyatis.
You might also extend the file format itself. I could imagine adding a third koordinate z for "highness" and you might also add additional info after the tile set, thus as the name of a city or village. I'd be glad to hear your suggestions to this matter.

But there are also limitations:

1. Without further developed tielset-recognition the recognition of tilesets is not fool-proof. I had to limit the amount of tileset the pc is able to distinguish to about 10 (grassland, hill, mountains, cities etc.). The pc is NOT able to differantiate between a city and a village, as the amount of black pixels is nearly the same in both tilesets.
2. Some maps don't scale well, especially, when you have bigger maps that are assembled from smaler maps

The last step was the making of the 3d map, which was quite simple. I just had to read-in the generated map, create for any given location the 6 points of the hex as 3d-points and elevate them accordingly to the tileset. I only had to make sure, that "sea" alwasy stays sea-level and add some random-alternation for the other tilesets.

1. Some of the files stated above
2. The code-snippets for tileset-recognition or creating the 3d map
3. The created 3d-files (in obj-format, which is importable by blender. e.g.)

If you want to make the process by yourself, just drop me a note. I can update the download link to my software, so that it also includes the part that allows the 3d- map-making.

BTW: I would like to ask you some questions, as this seems the right place to ask them:

1. The file-format of the map-file seems rather natural to me. But maybe I missed something, should add something or anyone knows about a canonical file-format that is already present?
2. As stated, the recognition of the tilesets is not always reliable. Should I implement a way to modify the map after it was automaticly created by the pc (That is, modify/correct hexes)? This would take some time, but if anyone wants this feature, I can give it a try.
3. As stated, the height of the points in the 3d map is created by the pc in accordance to the tileset. I can try to make them editable (though this may be the toughest thing to implement), if there is need for it
4. I enumerated the tilesets, as the tilesets of Thorf suggest. That is "1" for "2" for metroplolis" and so on. Is this an acceptable way or is there already another enumeration?

Thanks in advance for helping with my questions!
Place hundreds of orcs against a company of elves: Aklandas Large Battle Simulator
Top

3d of the known world

Here is a second 3d map of the so called "known world", once again based on the excellent work of Thorf.

In the foreground you can see the main land of Thyatis with the island of the county of Hatias in front. Behind it there are the Altan Tepes Mountains, followed by the Emirates of Ylaruam. Even further north there are Lake Stahl and Lake Klintest in Rockhome, followed by the Ethengar Khanate.

In the west you can clearly see the Canolbarth Forest and more western the huge Lake Amsorak in Darokin. 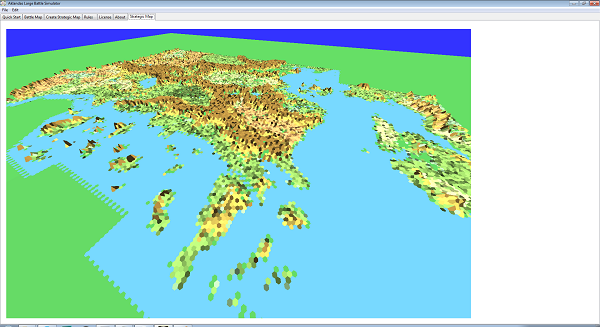 Working on 3d-symbols for the 3d map. Here is the "capital"-symbol: 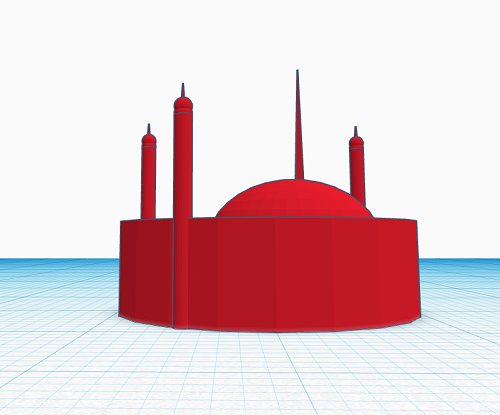 And here's the city: 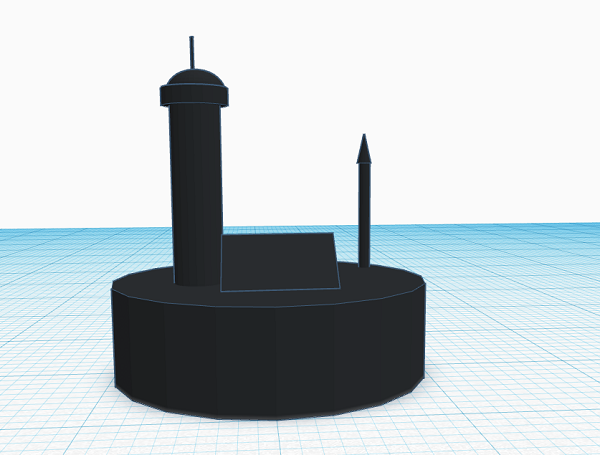 Wow, looking forward to seeing more of this!

Havard wrote:Wow, looking forward to seeing more of this! 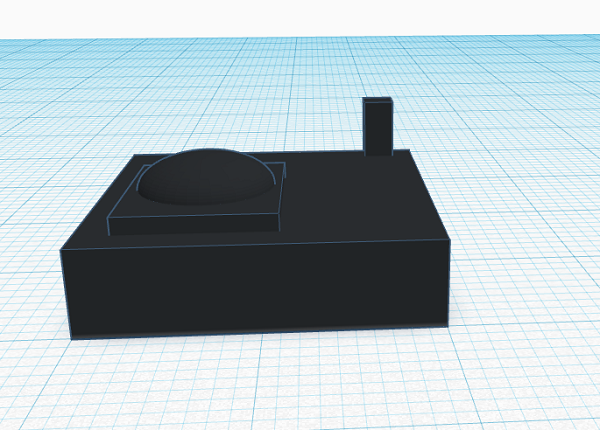 Have still to figure out how to correctly set the cities and capitals on sloped hexes. Here is a first try with a "flat" known world.Click on the picture to enlarge: 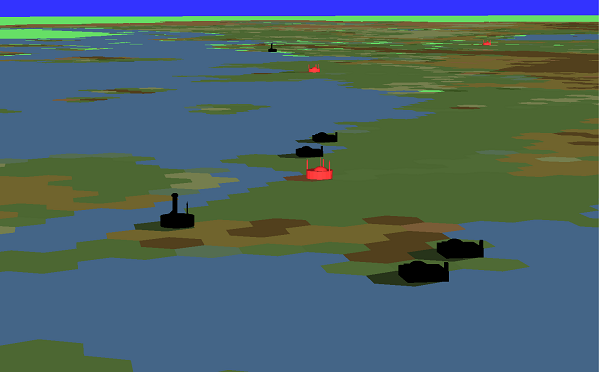 There is a view on Marilenev Village next to Specularum: 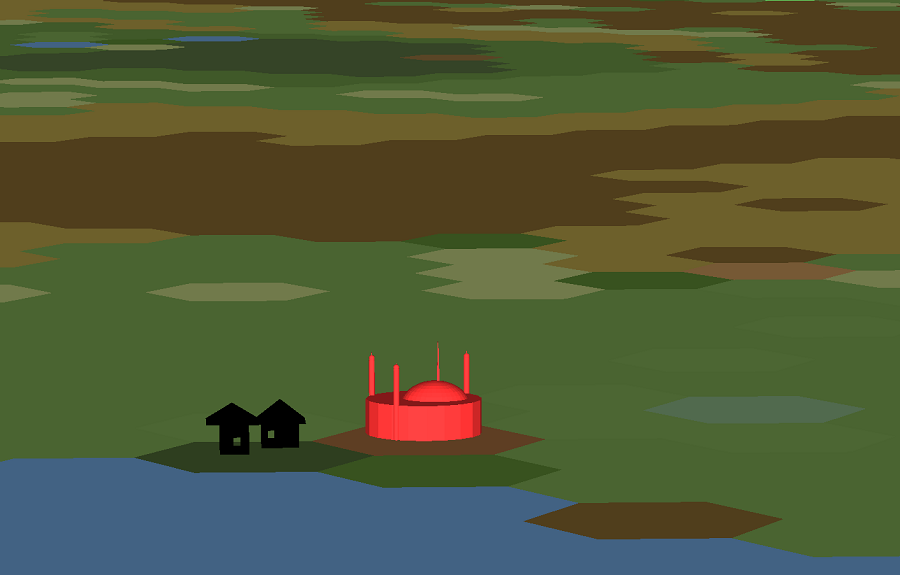 Right now I am experiencing some problems with the display in the simulator. Have to fund the bug.
So here is the pure 3d-model of the "castle" without any sorrounding: 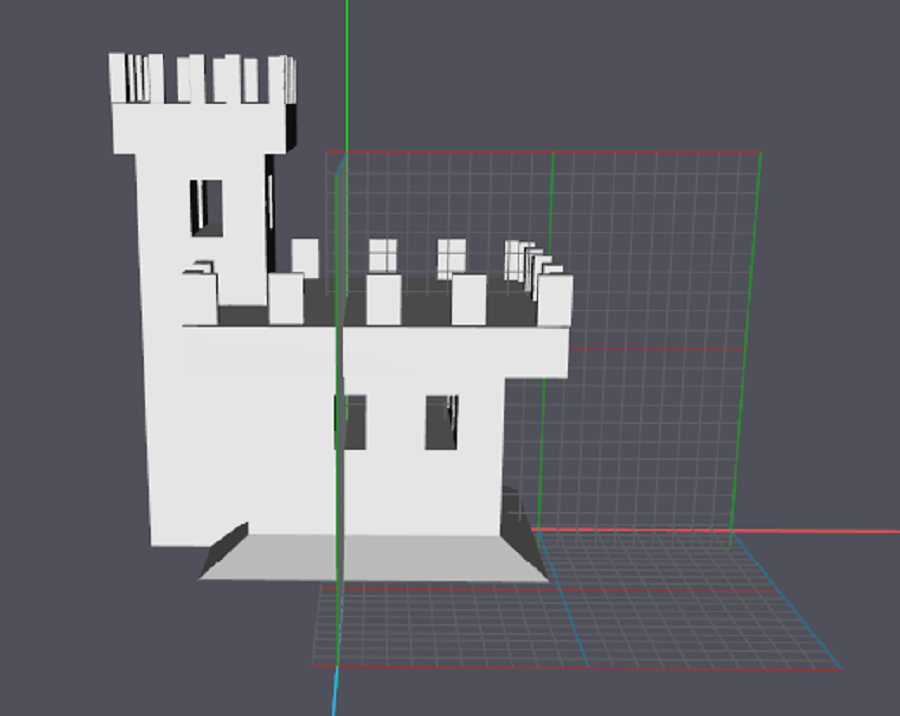 Worked a bit more on the 3d symbols. Here is "camp": 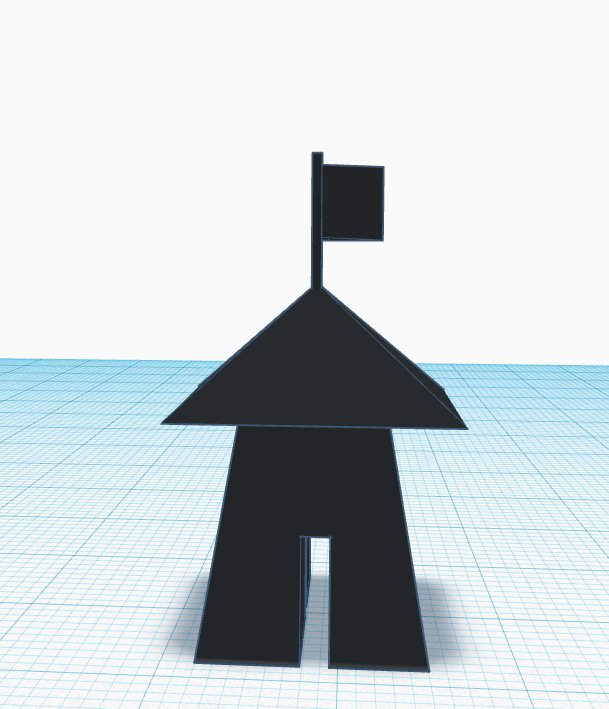 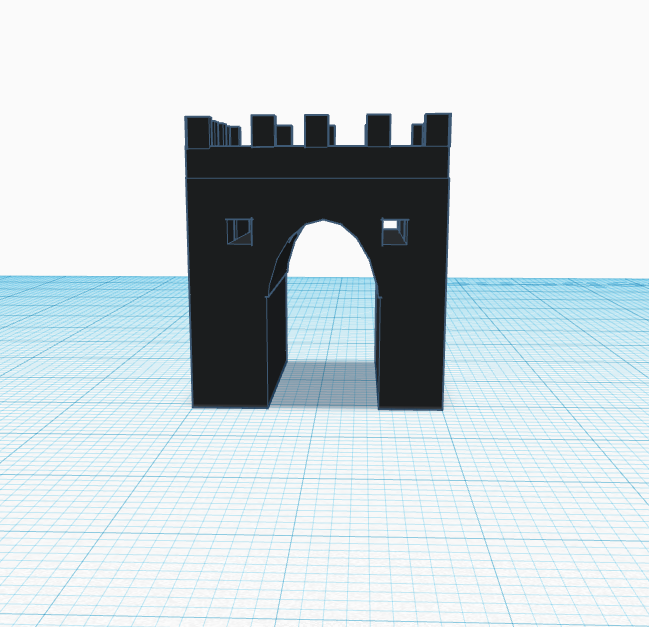 Yet another one: keep 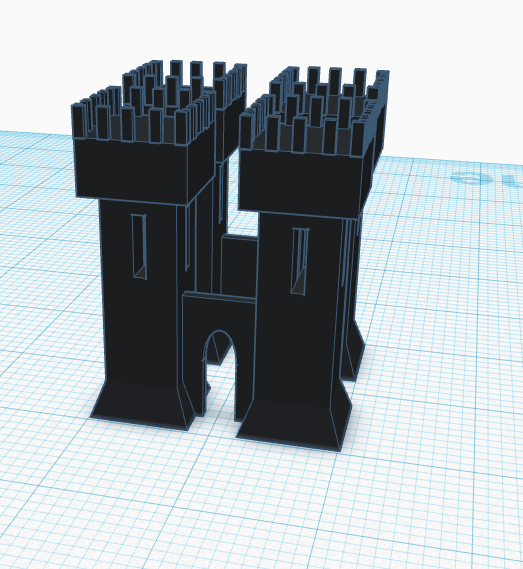 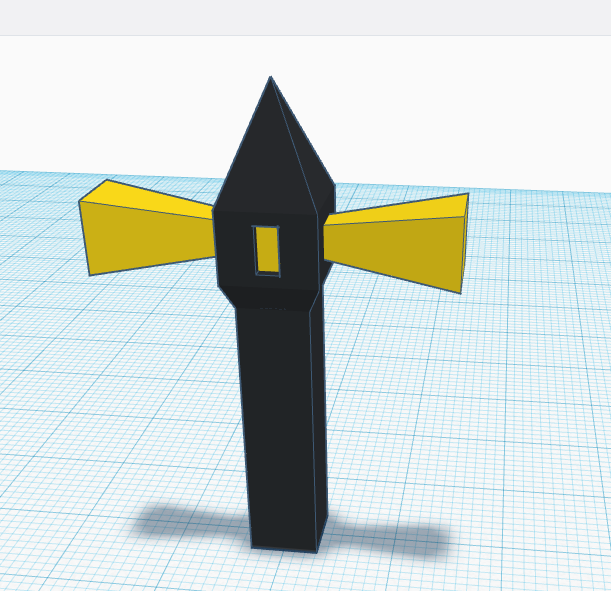 Just had to pipe in and say that these models are really cool! I wish I had more time to really dig into your work right now alkanda, but I am definitely following what you're working on. Keep it up!
THRESHOLD Magazine - The Mystara Fanzine
Visit the Exiles Campaign Setting (a Mystara / Spelljammer crossover)
Visit Mystara 2300 BC

Moderator of The Tabard Inn and Blackmoor. My moderator voice is purple.
Top

Chimpman wrote:Just had to pipe in and say that these models are really cool! I wish I had more time to really dig into your work right now alkanda, but I am definitely following what you're working on. Keep it up!

Thanks! I appreciate!
Place hundreds of orcs against a company of elves: Aklandas Large Battle Simulator
Top

And here is a mine: 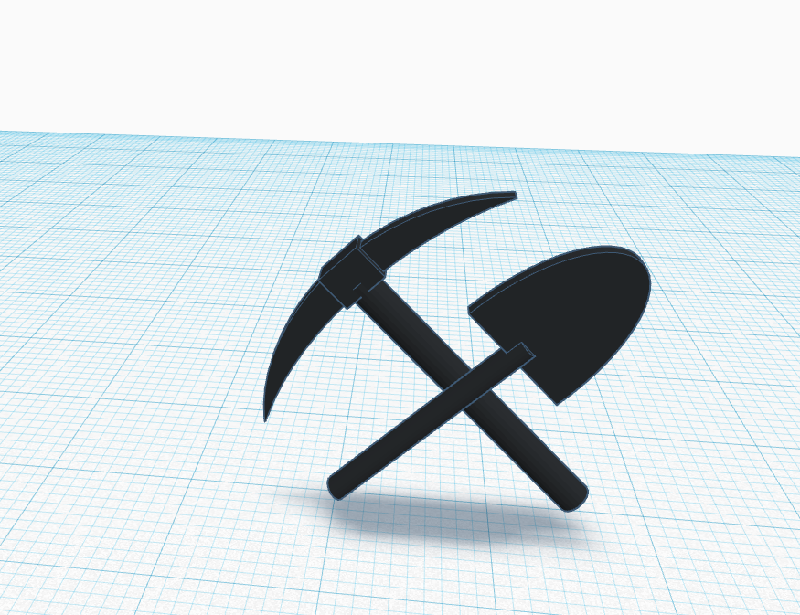 And another one: Ruin 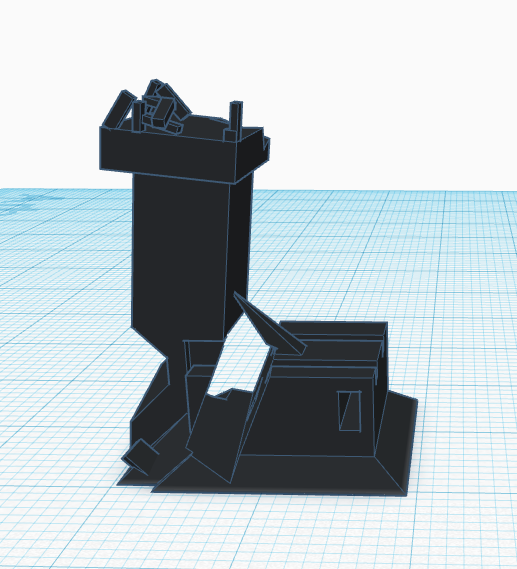 And another one: tower 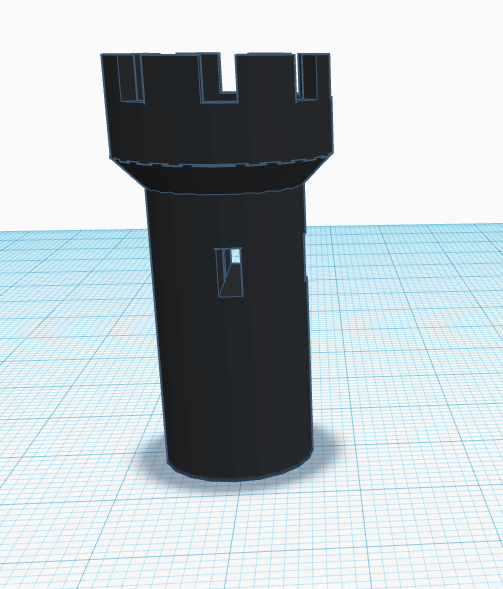 Downloadlink for the 3d models

In case anybody wants to download my mapping 3d-models (File-Format ".obj", 304kB):
You can use them freely as long as you give some credit to me.
Aklanda 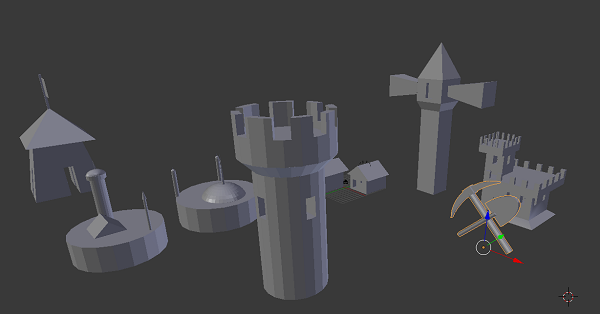 Update for the simulator

I implemented the import-function for hexographer.

BTW: Does anybody have a hexographer-map of Mystara or parts of it? I´d be more fun to work on Mystara than with a random map...

Right now you can only convert it to 3d, as the pictures below show. Later I plan to simulated the economy of the dominions based on the map-data and user-input.

Further down you see the hexographer-map and on the right side the imported map in the simulator in 2d-view.
Beneath you see the generated 3d map. Click on the picture to enlarge.

I decided to seperate the map-information, as this seems to make sense for to be able to simulate the economy.

"Terrain" is now simply one of the following entries:

Additionally every terrain has a "Material". At the moment these are as follows:

Another parameter is "Vegetation":

There are also "Resources" (which I feel are not yet very well organized):