How would you use Dave Arneson's Tome of Chaos in your Blackmoor Campaign?

How would you use Dave Arneson's Tome of Chaos in your Blackmoor Campaign? 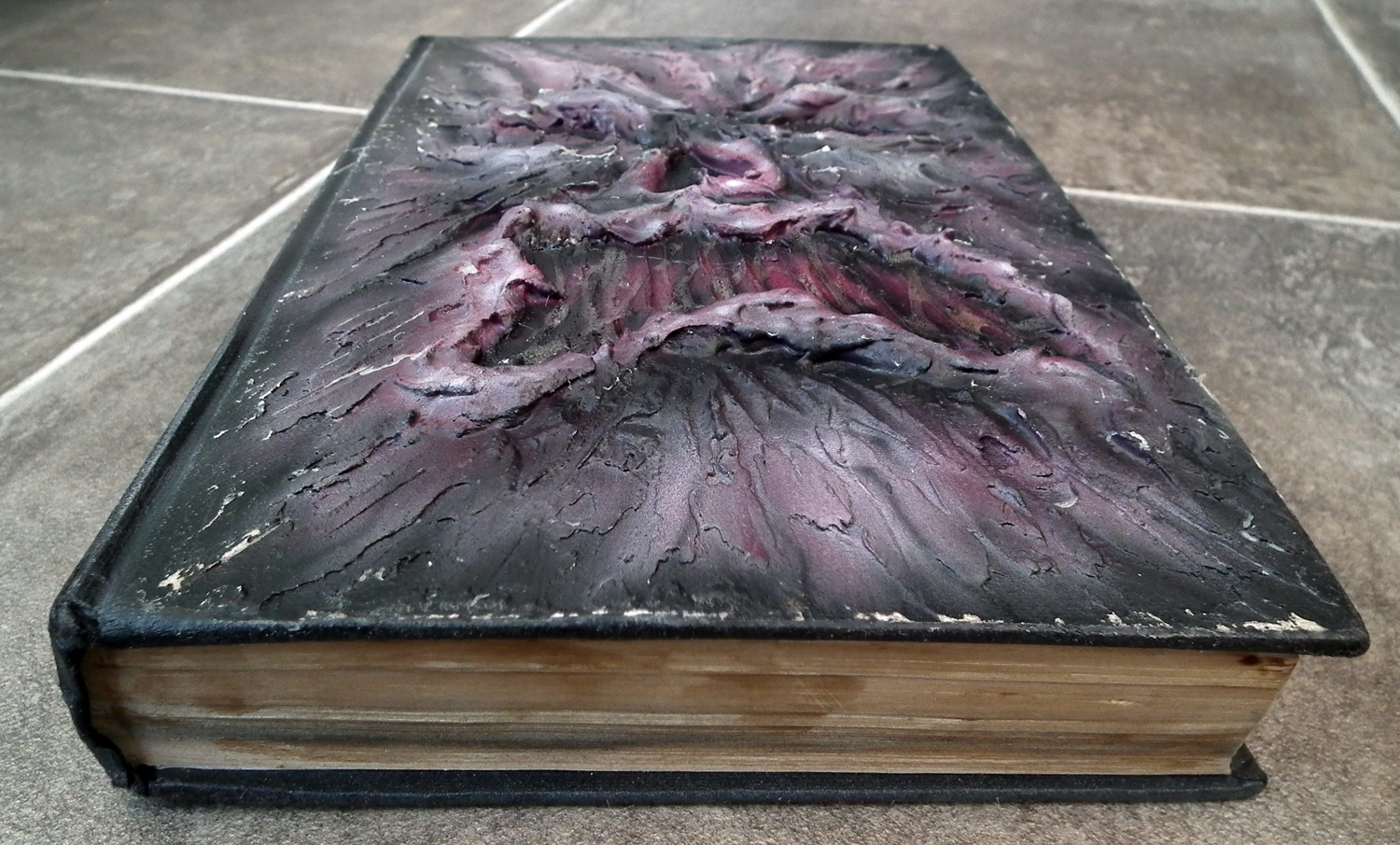 Recently, die hard Blackmoor fans have discovered an evil artifact that Dave Arneson created for some of the adventures he ran at various conventions in the 1970s set in the Blackmoor Dungeon.

I have called this item the Tome of Chaos. It is bound in human skin and bears a skull on the cover. We don't know its exact abilities, but if read by presumably good characters, it results in evil undead creatures appearing and attacking everyone in sight. The item might otherwise have similar abilities to the Book of Vile Darkness, but that is just speculation. I have written a bit more on the item on my blog here.

How would you use such an item in a Blackmoor Campaign? What attributes would you give the Tome?

Havard
Aliases: Håvard Frosta, Havard Blackmoor, Blackmoorian, Dragon Turtle etc
Where to find me on the Web
The Comeback Inn - My Blackmoor Forum
The Blackmoor Blog
THRESHOLD Magazine - The Mystara Fanzine
My Articles at the Vaults of Pandius
Moderator of the Mystara, Blackmoor and Thunder Rift forums.
My moderator voice is GREEN.
Top

Re: How would you use Dave Arneson's Tome of Chaos in your Blackmoor Campaign?

The Tome was originally supposed to be a collection of spells used in attracting, then binding or banishing non-corporeal undead. Indeed the original may well have been just such a thing. However, a scribe making a transliteration error in copying the book inadvertently transformed it into the terrible book it has grown to become.

Oh, the Tome still fulfills its purpose of attracting and binding the immaterial undead. However, they are bound into the substance of the book, rather than a properly prepared receptacle (the creation of which is covered in the companion volume, but referenced in the Tome's appendix -- good luck trying to get to that page, though!) The binding is not perfect, and opening the tome frees 1d4 random spirits. Actually reading aloud releases another 1d4 non-corporeal undead equal in HD (or close enough) to the reader. The undead grow stronger with the turn of each page. Slaying one of these undead wipes clean a page in the book. It is thought that the artifact's power might be broken if all of the undead contained within its pages are defeated. As those slain by the spirits bound to the book are likewise absorbed, and add to its pages, this theory has yet to be proven.
Rob
Thorn's Chronicle: The Thread Index|Thorn's Chronicle Blog
My articles at the Vaults of Pandius; My W.O.I.N. adventure in ENWorld's EONS Patreon #56.
Follow Thorn's Chronicle on Facebook |twitter
Top
Post Reply
2 posts • Page 1 of 1