I think it's worth contemplating how Maztica and the surrounding regions looked a really long time ago - after all, "Ruins of Ancient Civilizations" is a D&D staple for a reason.

Let's start with the Days of Thunder, when Toril - or rather, the supercontinent of Merrouroboros - looked like this: 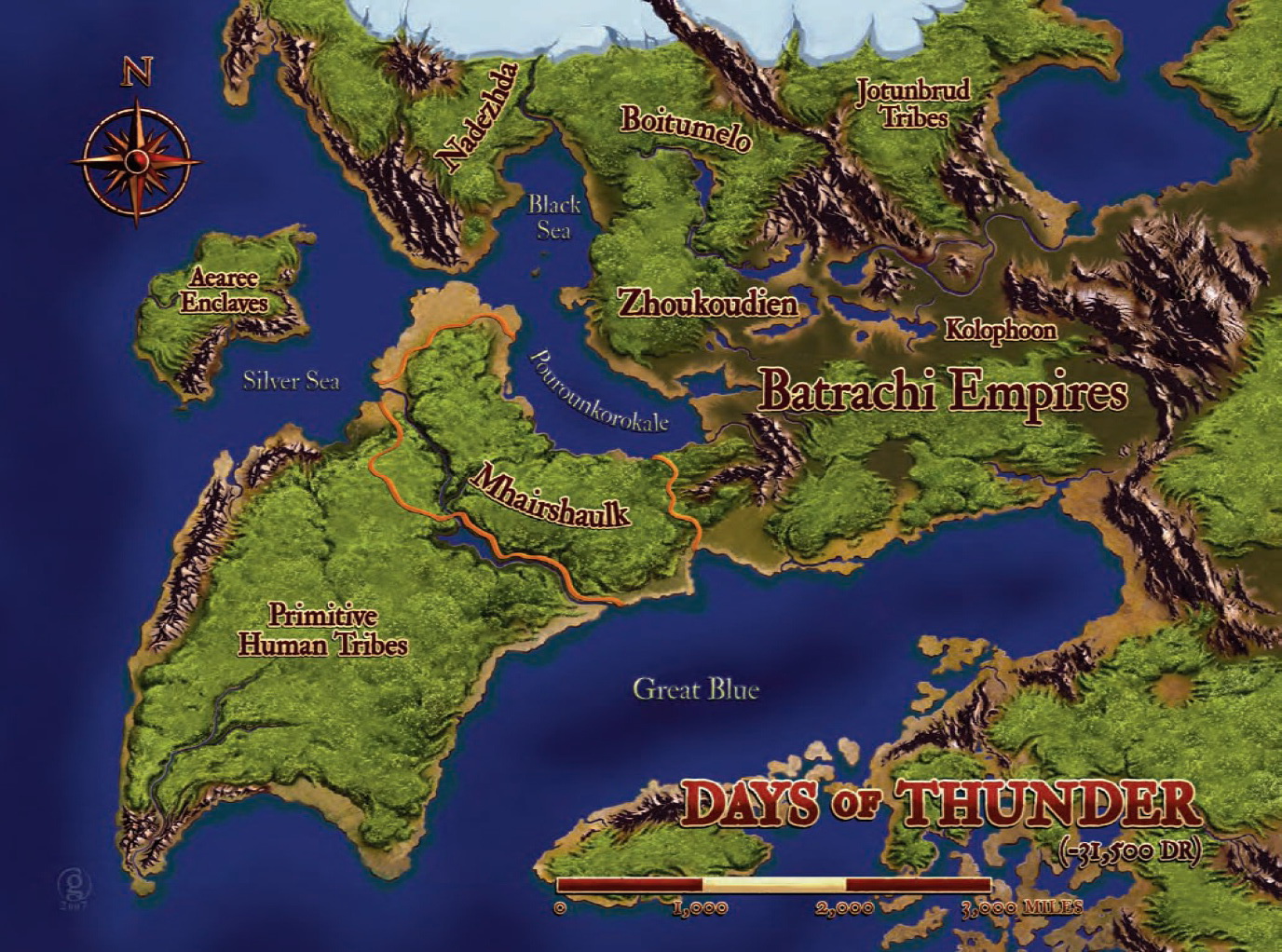 Then the Tearfall/First Sundering occurred, and the continents shifted into new positions: 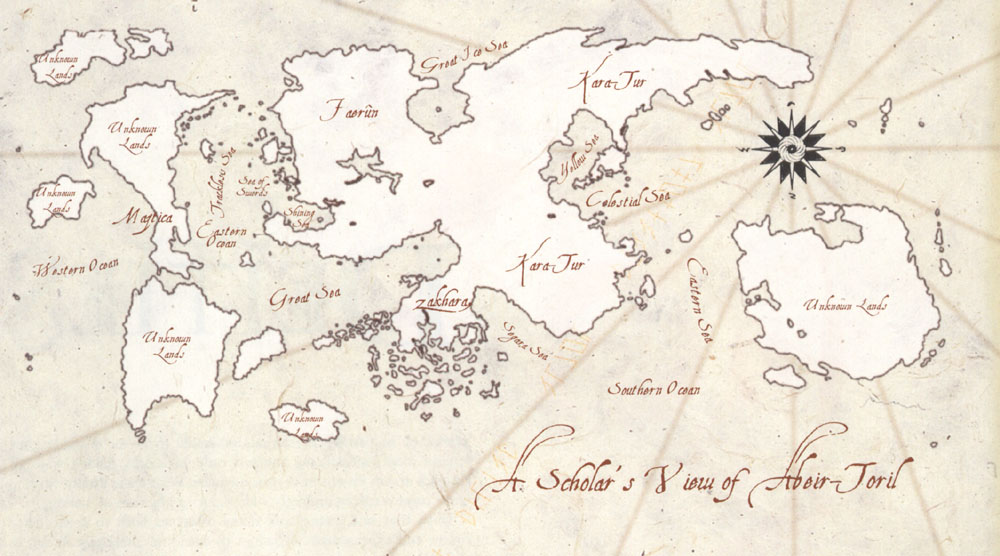 Looking at the shapes, the region labeled "Primitive Human Tribes" likely became Katashaka (aka the continent south of Maztica). The region labeled "Nadhezhda" (one of the Batrachi Empires, the Forgotten Realms wiki tells me[/url] seems to have become Anchorome. Mhairshaulk, one of the sarrukh realms, became the Chultan peninsula. The "Aaearee Enclaves" seem to be the small island continent west of Anchorome/Maztica.

But interestingly, Maztica itself seems to be missing on the map from the Days of Thunder. If true, this implies that Maztica was a "later arrival" - this has some fascinating implications, including links to Maztican mythology.

Your thoughts, so far?
Returned Maztica - a new vision for Maztica in the 5th Edition era of the Forgotten Realms! Learn how the continent has changed after invasions and dragonfire, and take part as the people of Maztica finally take their destinies into their own hands!
Top

Maztica itself is said to be the body of the goddess of it's namesake. Though this is likely mythological in nature, I could see this as having basis in fact as the land rose from the sea floor and combined with parts of the island, the aeree enclaves and the batrachi nation.

I don't know if I have it right, but I believe the western island has a name like "Myrmidune" or something similar, and the northern continent is Arune.
Follow the Maztica (Aztez/Maya) and Anchorome (Indigenous North America) Campaigns on DMsGuild!