Discuss published campaign worlds that do not have a specific forum here.
Post Reply
3 posts • Page 1 of 1

...someone, from Nerd Immersion spotted a copy on sale in a store OVER A MONTH EARLY, bought a copy and has created a video about what is in it: D&D 5e Stranger Things Starter Set Review/Unboxing | Nerd Immersion 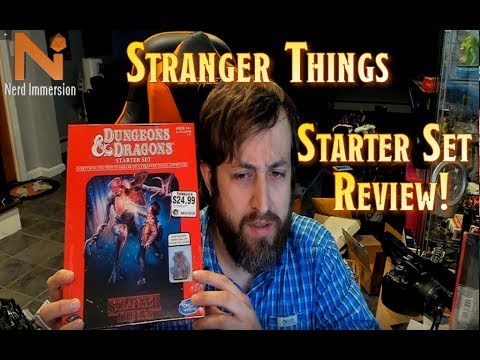 They also have a video of the game they played with the adventure in the boxed set: Stranger Things D&D 5e Starter Set Play Through | Nerd Immersion 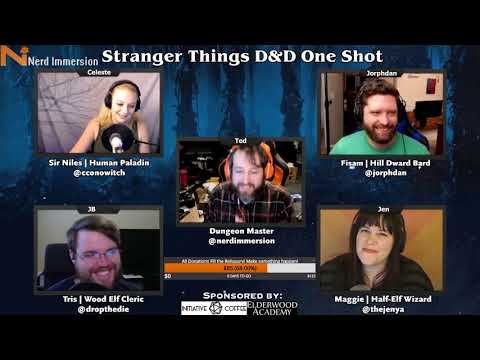 Obviously there are spoilers here (especially in the one-shot game), so don't go and look if you think you are going to play.

But if you are thinking of buying this to run the adventure, or build a campaign around Stranger Things, go look at one or both of these. What do you think? Is there enough here to build on this, or do you think it would only work as a one shot?
Last edited by Big Mac on Mon Apr 01, 2019 12:51 am, edited 1 time in total.
David "Big Mac" Shepheard
Please join The Piazza's Facebook group, The Piazza's Facebook page and follow The Piazza's Twitter feed so that you can stay in touch.
Spelljammer 3E Conversion Project - Spelljammer Wiki - The Spelljammer Image Group.
Moderator of the Spelljammer forum (and administrator). My moderator voice is green.
Top

This is nice unboxing video, but it seems to me that the guy making the video probably hasn't watched the show. It is a shame because I would be curious to see if there are names of the players on the character sheets or if not, it would be cool to hear some speculation about which player would have played which character. The "Proud Princess" NPC from the adventure section is obviously based on Eleven, but again the guy in the video doesn't comment on that.

I found another unboxing video here. This guy also admits to only having seen an episode or two, but it is worth noting that this video shows that the miniatures are made of some really cheap kind of plastic. It is also a little disappointing that WotC have included the same kind of dice as those in the D&D starter set. So for those of us who are already obsessive collectors the amount of new things in this box is fairly limited.

Yep. The dice reveal in the first video was a dead giveaway that WotC isn't serious about presenting this boxed set as "retro-authentic".

It is what it is, however, I realize that this is a product aimed at people who watch the show, but have never played D&D, or at least haven't played recently. Its another gateway for newbies to join the current game, but for all its warts that are visible to us - because we know/lived the history.

A big THANKS! to Giant Space Hamster & Chimpman for the cookies! (Dark Side be damned!)

Return to “Other Worlds”