Here it is in the original house style: 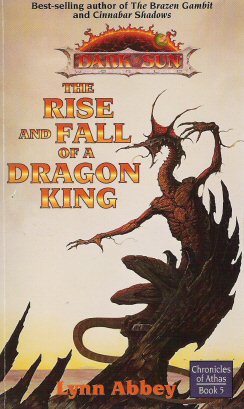 Here it is in the later house style: 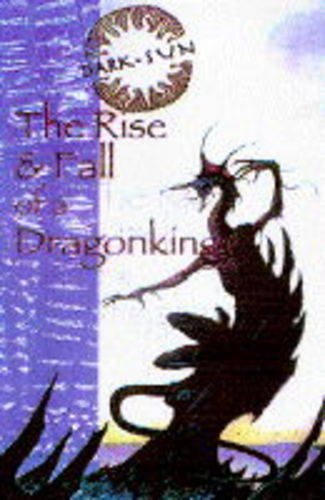 I gave up playing D&D before Dark Sun switched to that second house style, but I have to say that I think that the second logo and the second house-style looks really soulless to me. I think it is ugly and amateurish compared to the classic style.

The original logo looks really professional and the second logo looks like it was carved out of a potato. And the new house style takes an attractive painting and turns it into a shadow of what it once was. 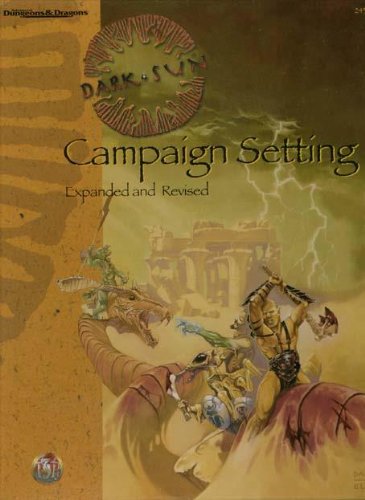 But even there, you have a pointless margin eating up a third of the box set cover and I just do not feel any sort of vibe from the branding.

Does anyone know why TSR tossed the original Dark Sun design out of the window? Did they do this with other campaign settings at the same time or was Dark Sun singled out?

Dark Sun was really popular at the time of the Revised boxed set. It was probably the work of the project coordinator or the graphic design team (of which there were many)
Founder of

I guess that maybe the new house style was supposed to sell the concept of Dark Sun being revised. Did the campaign setting get a big reboot at that time?

It was post-Prism Pentad (the five Troy Denning novels). The map was about 8 times bigger, and multiple Big Bads were dead (including, IIRC, Kalak, Abelech-Re, Borys, Andropinis, and Tectuktitlay), which threw various city-states into chaos (both those that had lost dragon kings and those that now had REALLY PARANOID dragon kings).
Top
Post Reply
4 posts • Page 1 of 1