Classic fantasy, swashbuckling pirates, and Lovecraftian horror. Welcome to the City of Adventure! Hamunaptra, Naranjan and other World of Freeport subsettings can be discussed here.
Post Reply
4 posts • Page 1 of 1

It is interesting that they want to make the game feel as though you are playing with miniatures.

Green Ronin also have a press release about this:

“How incredible would it be to have a magic table that comes to life as the Game Master describes what is happening? What if you could play a tabletop game with friends over the internet in VR?” said Drowning Monkeys Games’ Josh Chudnovsky. “These are the questions we ask to fans of computer and tabletop RPGs and these are the questions the Freeport Video Game will answer. This game is a wholly-new, fun, and unique approach on the CRPG experience. You play in a virtual room, hosted by a virtual Game Master (whose voice promises to be familiar to tabletop fans everywhere) on a virtual table. Everything that exists in real tabletop gaming; Dice throws, playing with friends, painting miniatures, dioramas, character sheets, etc. is represented in the play space.”

Freeport is setting well-known to tabletop roleplayers. First launched in 2000 with the award-winning Death in Freeport, the “City of Adventure” mixes classic fantasy elements with pirates and Lovecraftian horror. Over the years Green Ronin has supported the setting with a series of sourcebooks and adventures, including the Pirate’s Guide to Freeport and Freeport: The City of Adventure.

“When I created Freeport, I certainly wouldn’t have guessed that it’d still be going 18 years later,” said Green Ronin president Chris Pramas. “To see the setting thrive for all these years has been amazing. Now I’m thrilled we have the opportunity to bring the City of Adventures to video games.”

Freeport: The City of Adventure will closely follow the recent adventure series Return to Freeport published by Green Ronin. It will also feature several hours of additional roleplaying side quests and offer a never-before-seen deep dive into learning more about the Lovecraftian world that Freeport inhabits.

Availability & Requirements: Freeport: The City of Adventure is slated for a Holiday 2019 release, and will require Windows 7/10, a 7th generation core-i5 processor, 16gb of RAM, and a DX11- capable graphics card.

Drowning Monkeys Games is an independent games developer of desktop and handheld games and is best known for its 2012 release Dungeon Crawlers, which is available on Steam & iOS. For more information about Freeport, including screenshots, teaser, and press kit, visit us at: http://www.drowningmonkeys.com/freeport

Green Ronin Publishing is a Seattle based company dedicated to the art of great games. Since the year 2000 Green Ronin has established a reputation for quality and innovation that is second to none, publishing such roleplaying game hits as Dragon Age, Blue Rose, and Mutants & Masterminds, and winning over 40 awards for excellence. For an unprecedented three years running Green Ronin won the prestigious GenCon & EnWorld Award for Best Publisher. 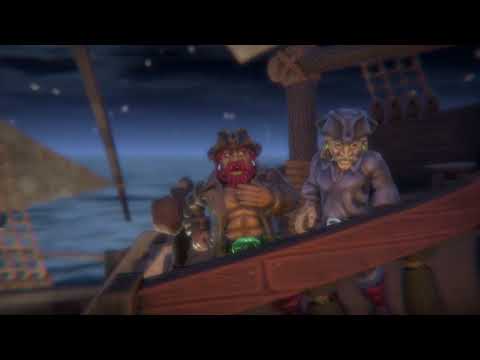 The fact that the computer game is simulating tabletop roleplying is something I've not seen before. I wonder if the Freeport minis that Drowning Monkeys scanned and turned into computer game characters will ever become available to tabletop gamers.

Interestingly the promo video includes very few fantasy elements. I wonder if they will be making changes to the setting?

-Havard
Aliases: Håvard Frosta, Havard Blackmoor, Blackmoorian, Dragon Turtle etc
Where to find me on the Web
The Comeback Inn - My Blackmoor Forum
The Blackmoor Blog
THRESHOLD Magazine - The Mystara Fanzine
My Articles at the Vaults of Pandius
Moderator of the Mystara, Blackmoor and Thunder Rift forums.
My moderator voice is GREEN.
Top
Post Reply
4 posts • Page 1 of 1