Empire of the Ghouls Kickstarter is now live!

In this dark time, new heroes must arise to claim the crowns of Midgard, and restore the jewels to her scattered thrones...
Post Reply
3 posts • Page 1 of 1

Empire of the Ghouls Kickstarter is now live!

The Kickstarter for the Empire of the Ghouls campaign is not only live, but funded in just a few hours.  This project delivers a full adventure from levels 1 to 13, an Underworld Player's Guide softcover book of new player options, and a set of additional encounters, the Underworld Lairs. For those of you who have experienced Midgard's Ghoul Imperium in past products, you know how exciting this is! 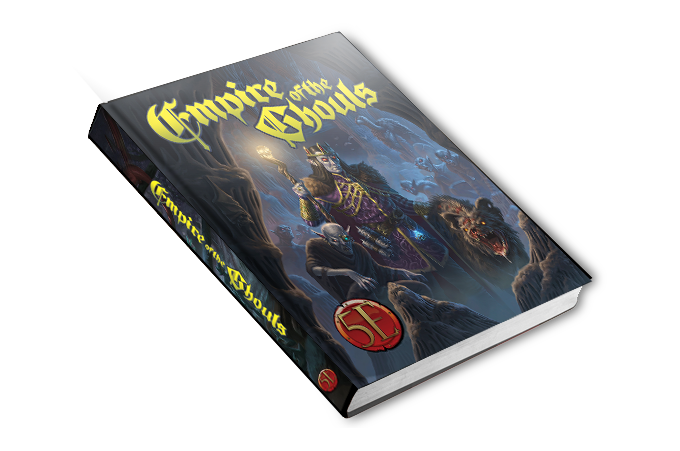 Re: Empire of the Ghouls Kickstarter is now live!

Tim Baker wrote: ↑
Thu May 02, 2019 4:19 am
For those of you who have experienced Midgard's Ghoul Imperium in past products, you know how exciting this is!

Re: Empire of the Ghouls Kickstarter is now live!

According to the Midgard Worldbook, the Ghoul Imperium stretches from below the Ironcrag mountains, under the Margreve Forest, and as far north as southern Krakova. Measuring that using the online Midgard map, that's approximately 425,000 sq. mi. or 1.1 million sq. km. That's roughly twice the size of France. I'm making some assumptions that they control an area that's rectangular. If it's closer to a triangular shaped region, then it could be as little as half the area.

The renegade Twilight Empire, created by ghouls who fled the Imperium after a failed coup, is about 30,000 sq. mi. (80,000 sq. km). That's comparable to the size of the Czech Republic.

I couldn't find any maps of the Ghoul Imperium, and given that they live underground, it's hard to say how densely populated this area is.