13th Age icons tailored to Empire of the Ghouls

In this dark time, new heroes must arise to claim the crowns of Midgard, and restore the jewels to her scattered thrones...
Post Reply
4 posts • Page 1 of 1

13th Age icons tailored to Empire of the Ghouls

I'm considering starting a new campaign in Midgard soon, and even though Empire of the Ghouls for 5e isn't out yet, if I create reasonable icons tailored to that adventure, then I should have an easier time incorporating that adventure path (or jump into it in the middle) into my campaign. Who would be good 13th Age-style icons for the Morgau and Imperium region? I'm looking for 7-13 powerful NPCs or factions who form a web of relationships with one another.

Thanks in advance for your ideas! 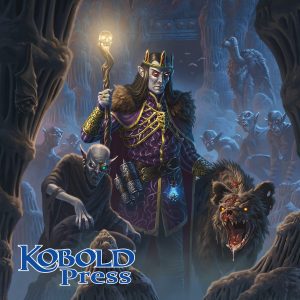 Wade Rockett, creator of the original Midgard icon descriptions prior to the setting's metaplot advancing, had this to say on Facebook:


Wade Rockett wrote:
Here's the updated list of 13 Midgard icons--which I'm pleased to announce will be made available as a Kobold blog series, like the originals were before we eventually collected them in the Midgard Bestiary.

Baba Yaga
Blood King (Lucian I of Morgau and Doresh has grown immensely in power, replacing the Glittering King as an icon.)
Dragon Sultan (Ozmir Al-Stragul)
Exarch of the Wastes
First Duke-Admiral
Ghoul Emperor
Hidden Princess (Kalvora Moonsong Kalthania-Reln-Orosnig)
The Illuminated (a dwarven secret society)
King of Bears
Master of Demon Mountain
Oracle of Kammae
Queen of Night and Magic
Queen of the Road (A new ravenfolk icon of the Crossroads region, the patron of travelers, merchants, refugees, wandering beggars, outlaws, and pilgrims. Replaces the Council of Zobeck.)

If I were to pick 7 of these for an Empire of the Ghouls campaign, I’d go with Baba Yaga, Blood King, Ghoul Emperor, The Illuminated, Master of Demon Mountain, Queen of Night and Magic, and Queen of the Road.

There was a previous (3rd Edition) version of Empire of the Ghouls, back in 2007.

The RPG Geek article for Empire of the Ghouls has pictures of the contents pages of the 2007 version. You might be able to work out which Icons would be best from there.

Pale Emperor seems to be an NPC.

There was a Prestige Class called Imperial Hunter. There presumably is an organisation or person who leads them.

Pale Emperor seems to be an NPC.

There was a Prestige Class called Imperial Hunter. There presumably is an organisation or person who leads them.

There is a place in the city called the Embassy of Phrenic Scourges.

Awesome detective work! I asked about this in the Midgard Discord when I posted my original question, as there are some folks there who may have that exclusive and elusive product. I was pondering the same thing you were. So far I haven't received an answer from anyone. Nice job finding the TOC – I hadn't thought of that. I'll try asking your more directed questions, now.